Nature Dream Windows features a 'warrior bird' inspired, in part, by Mexica Warrior mythology. To the artist, [Maria Arroyo], the figure represents the great caretaker, the one who looks after all the plants and animals of the earth. All come to him because of his power and benevolence. He keeps the rule of equanimity, balance, and harmony.
Arroyo has portrayed this great figure atop a hill with magnificent wings and an elaborate headdress. Cloaked in feathers and accompanied by a devoted bird, he seems to suggest the symbol of 'one who sees all.' The 'warrior bird' looks over floral and fauna native to the Central Coast, in addition to inhabitants of the area, standing atop an opposing hill.
Maria’s Latin heritage gives her work a sense of magical realism. Her eccentric landscapes and iconic figures, often encompassed in ornate patterns, pull the viewer into a mythic world – suspended from the everyday without fully leaving it behind.  Arroyo’s ability to envision and render new realities, to build new worlds is so very pertinent to current society as we are called upon to re-imagine and redefine our relationship to the land, all of its inhabitants, and our resources. Voices like Maria’s have long been muted and left out of these broader conversations that affect us all. We must now consider how our myopic discourse has led us astray and what can be learned from other voices.
-- Alexandra Terry, Chief Curator, MCASB 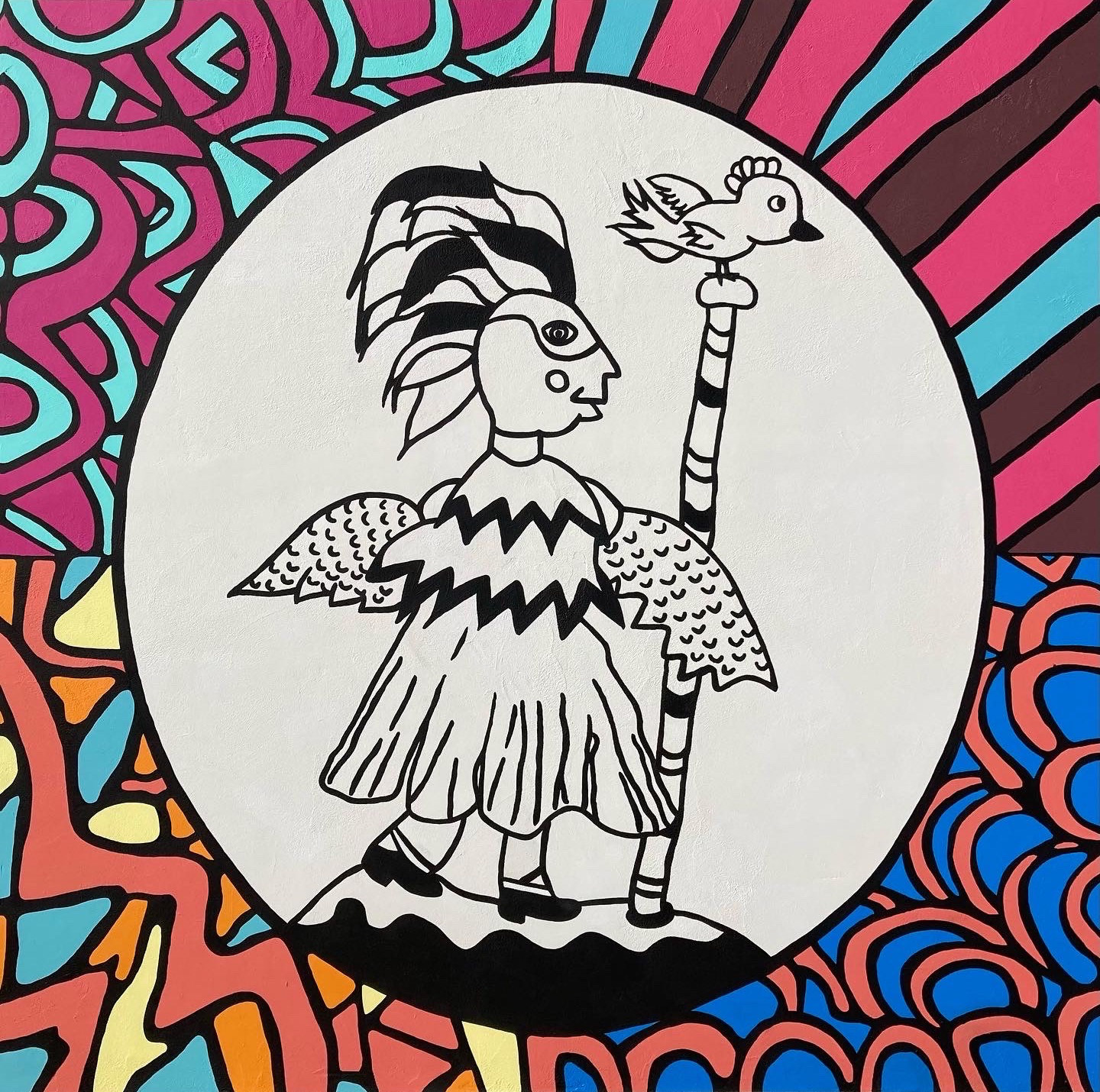 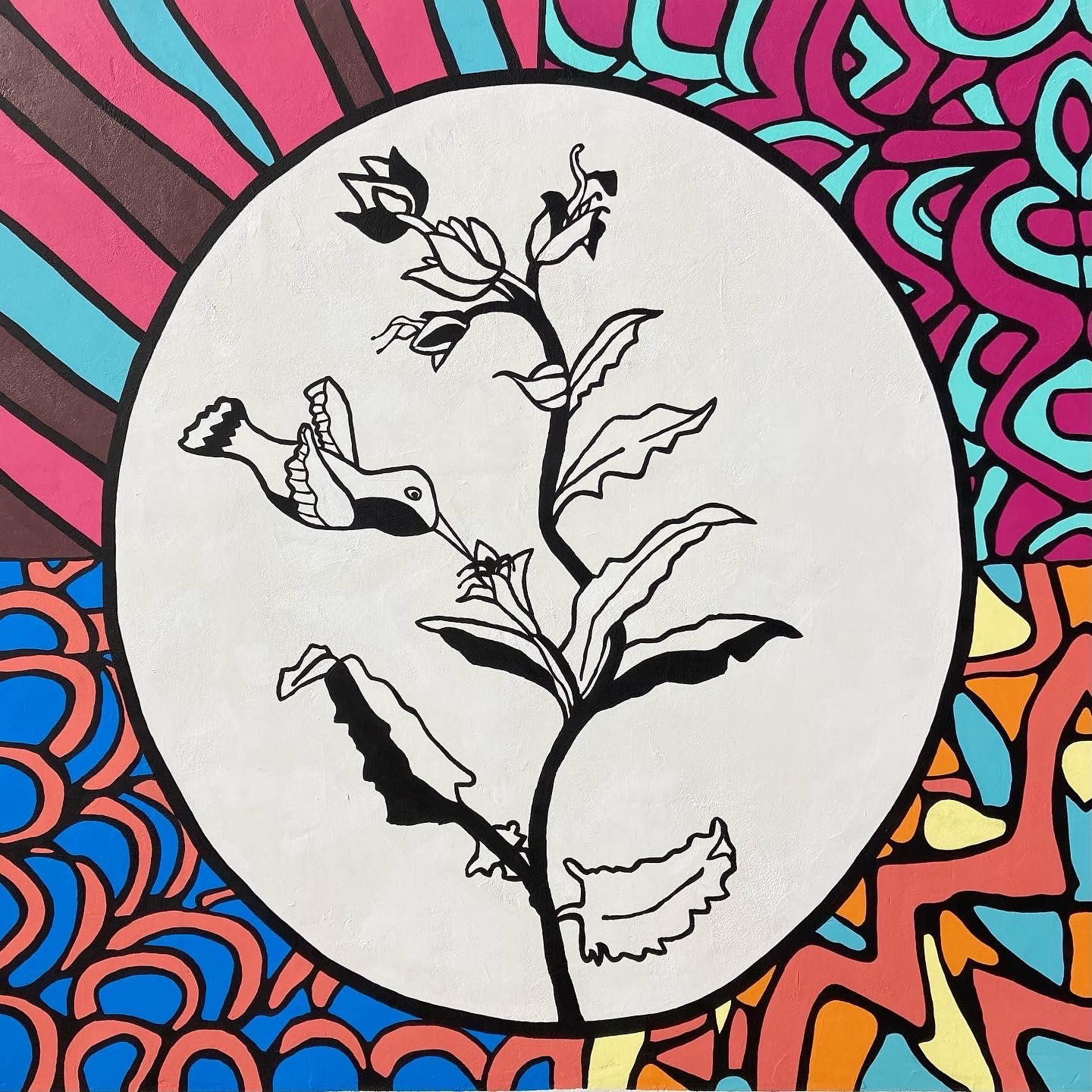 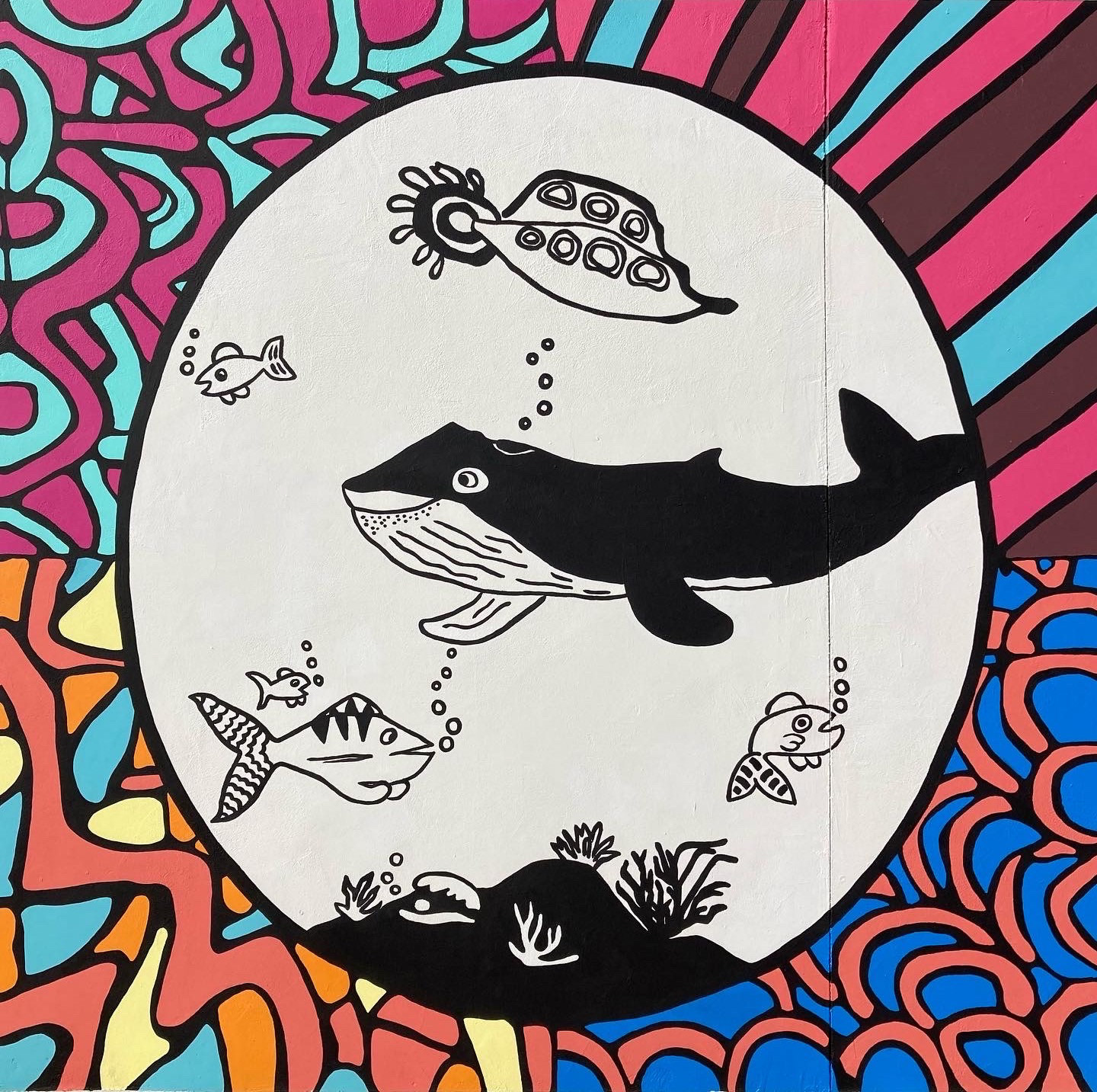 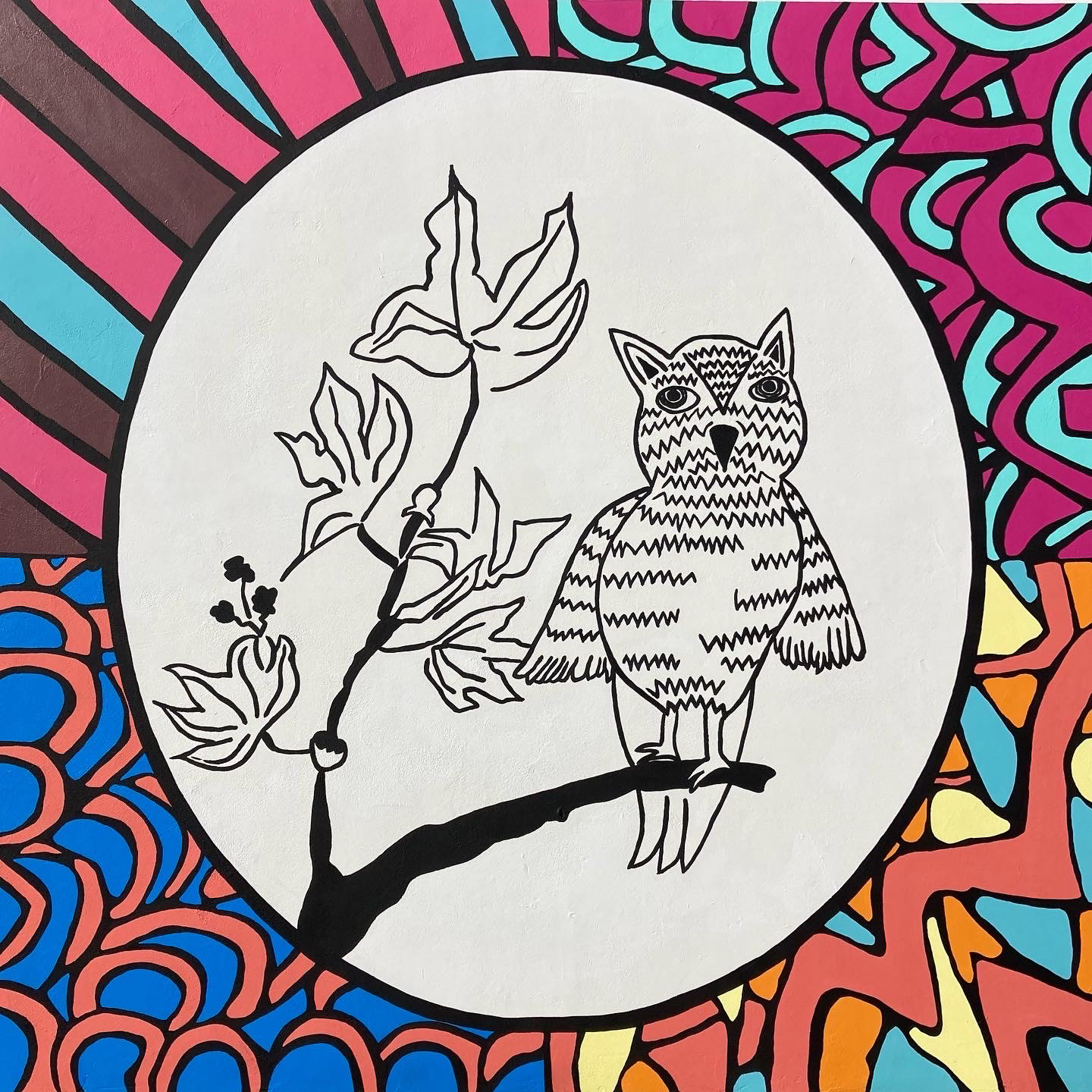 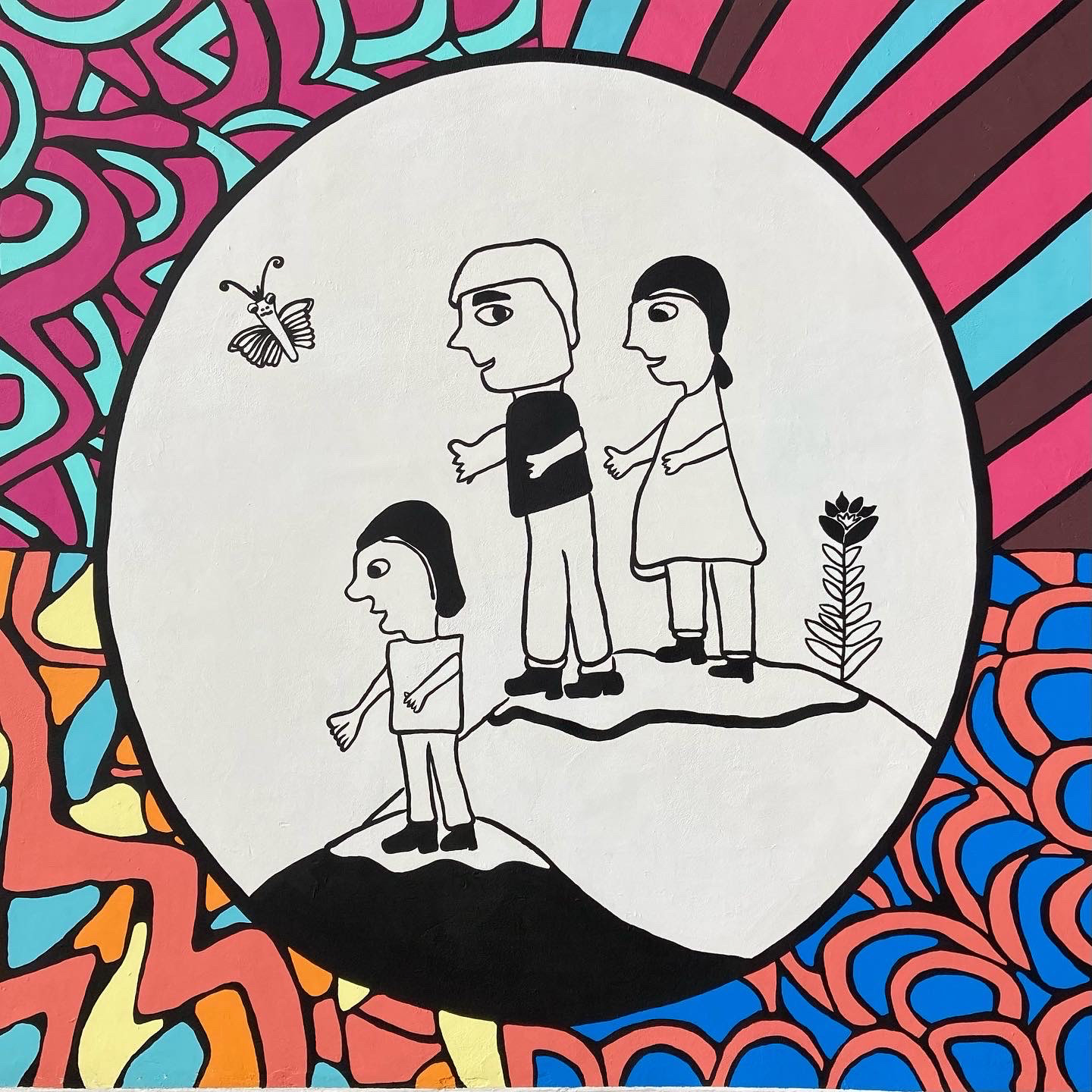 Maria's mural concept was facilitated by the creative team at Slingshot. Maria's original artwork was supported and produced by Hannah Henderson (Slingshot Artist Facilitator) and Jessica Schlobohm (Slingshot's Gallery Director). The mural was executed with extensive support from the MCASB, members of Slingshots studio team, and Slingshot Artists (including Maria).
↑